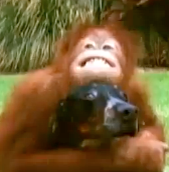 The current theory of multiple intelligences refers to the different ways that humans perceive the world based upon their differing talents.  This theory suggests that it helps to use specific educational approaches for different types of people. Think how much more this is true in the world of animals, where each has a radically different set of abilities from each other and from us.  Is it reasonable to think that we can judge their intelligence using our standards? 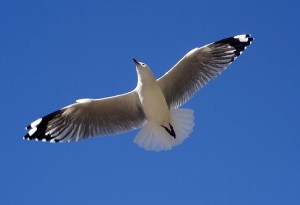 For thousands of years animals were considered to be like robots or zombies, having no intelligence. Some scientists still believe this—but not those who study animals.  We have recently begun to grasp what some of the unique abilities of animals might be.  Some birds navigate using their sense of smell, over thousands of miles of land and ocean, remembering specific smells that waft up from certain geographic regions. Some birds use the earth’s magnetic field for navigation. Recently, a retriever detected colorectal cancer quite well, recognizing organic compounds in the breath and feces of afflicted patients. We have no idea what it would be like to live with these abilities.

Large-brained animals were the first to demonstrate intelligence. The advanced ability to observe one’s own thoughts, which is called metacognition, was recently shown in chimpanzees, macaque monkeys, and dolphins. There is some controversy about what exactly animals understand, but many researchers have shown that animals experience empathy, grief, spite, and love, as well as other emotions.  Advanced intelligence has now been discovered in many animals including whales, octopuses, elephants, and dogs.

But, recently, it has been shown that smaller-brained animals, such as birds, also show high levels of mental abilities. Caledonian crows, which have quite small brains, have been found to count quite well, to remember specific people, and to be able to solve complex problems. 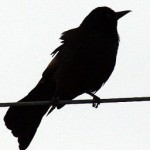 They are unparalleled in tool use among animals as advanced as primates, using multiple tools together such as leaves, strings, and sticks, as well as unnatural objects designed for studies.  They can analyze complicated problems and use multiple-step processes to accomplish tasks, such as getting food out of a complex contraption.  They were also noted recently to show evidence of the very advanced quality of metacognition, previously only seen in larger-brained animals.

Other birds exhibit different unusual capabilities.  Hummingbirds can remember when they went to specific flowers and then use this information to plan for the future. Bengal finches display grammar and syntax in their tweets, more complex than that used by monkeys. 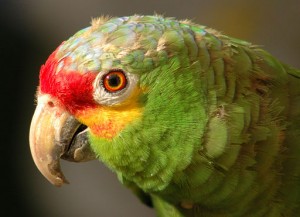 The finches learn this grammar, as do humans, by listening to others of their species. Many birds name their individual offspring, who are then known by that sound for the rest of their lives.

Alex, the parrot, was able to speak and to create new words. An example was “banerry,” for a combination of banana and cherry, when referring to an apple.  Alex had an ability to count, to understand the concept of zero. In the last experiments with Alex could add numerals to the sum of eight, order numbers 1 through 8.  The night before Alex died he told Dr. Pepperberg “You be good. I love you. See you tomorrow.”

How intelligent are these animals with small brains?

The Story of the Dog and the Orangutan