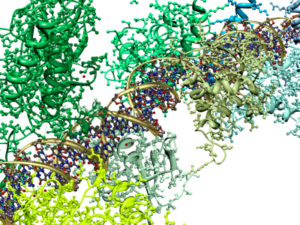 The neuron performs an incredible job in maintaining the mechanics of the cell while still being responsible for the transmission of mental function.  Its responsibilities include: building structures to maintain its long axon, building and rebuilding the large number of input receptors on its dendrites, maintaining the packets of neurotransmitter molecules as they travel down the axon, opening and closing the cell membrane to build dendrites, expelling signaling molecules in a process called budding, and retracting the packets of those signal molecules. Meanwhile it maintains 100,000 connections to other neurons and makes decisions when to transmit information. All of these jobs involve extremely intricate molecular machinery often with hundreds of large interconnected molecules. 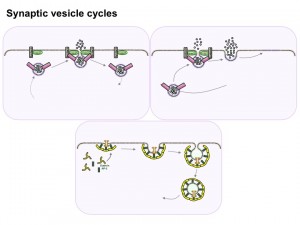 Just building and rebuilding the membrane is very complicated and it can occur many times per second. Vesicles, the packets that carry the signaling chemicals, fuse with the membrane without creating a hole in the membrane.  After the signaling chemicals are released, the vesicles are brought back into the cell—again without creating holes in the membrane. Vesicle budding and fusion give off neurotransmitters from the tip of the axon many times per second. Since neurotransmitters relay information through our entire body to all organs and muscles our survival depends on vesicle budding and fusion. 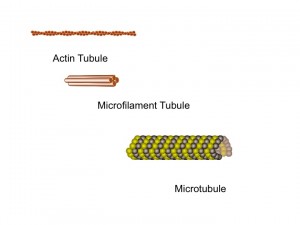 The scaffolding that helps conduct this process of merging and unmerging the vesicle with the membrane involves many large and complex proteins.  Each of these scaffold proteins are continually synthesized to build rapidly changing structures.  These are built from three Lego like building blocks making elaborate support structures for all functions including a transit system of microtubules which in some ways is the brain of the neuron. (see post The Neuron’s “Brain”, Remarkable Microtubules, the Information Language of the Neuron.)

Transcription is a process that produces RNA from DNA. The RNA then drives protein synthesis, and proteins are one of the primary ways through which cells accomplish tasks. There are multiple proofreading steps in the process of transcription. Also, RNA can be spliced and reorganized, and this process has multiple steps with multiple regulatory systems. Recently, it has been discovered that there are thousands of small pieces of RNA, known as enhancers, which are involved in influencing the transcribing sections of DNA in different ways. For RNA to even leave the nucleus of a cell, it must also pass through a very complex barrier called the nuclear pore.

RNA, upon leaving the nucleus, is acted upon by structures called ribosomes. The ribosome builds a chain of amino acids to form a protein. Then, many large molecules help the protein fold correctly so it will be in the correct shape to perform its function.  It was once believed that protein folding occurred spontaneously, solely as a function of the protein’s amino acid sequence. Now we know that specific helper proteins assist folding the same amino acid sequences in different ways. Different folded configurations of a single protein perform different functions and these proteins can fluctuate between these different shapes.

While we are still discovering more about these mechanisms, there is not yet a clear explanation for how these complex processes start. This overall direction does not come from the DNA, as DNA is itself being directed. 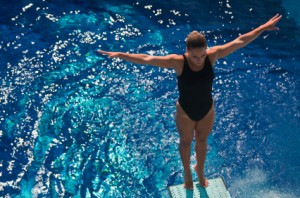 Interestingly, focused mental attention stimulates neurons and produces stronger connections between them. The process which attention triggers to form stronger neuronal connections utilizes all the cell mechanisms mentioned above. The responses are rapid with the precursors of new connections starting almost immediately.  Signaling with neurotransmitters involves the vesicle budding and fusion multiple times per second.

In other words, just paying attention can direct this immensely complex cellular protein synthesis.  How does the mind direct neurons to stimulate this very complex mechanical activity?