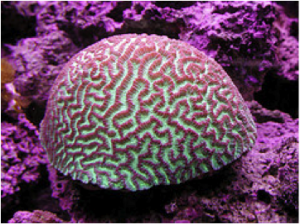 It is not clear how the African electric fish developed a sensory organ to send out electric signals to study the environment, much like the sonar of bats.  But recently, studies of the evolution of these fish showed that, as their need to send and receive electrical information increased, the brain centers needed to use this sense grew dramatically.  Over time, their brains grew larger, and a wide range of new species emerged that possessed the ability to produce and sense electrical signals.

Similar enhanced brain development has been recorded among mammals with a different sense.  As smell and tactile sensitivity increased, mammals developed larger brains.  190 million years ago, one of the first mammals was tiny—but it had a much larger brain than its contemporaries, because of its enhanced smell centers.

As these instances show, while the brain interprets data from the senses, this is a bidirectional relationship – during the course of evolution, this may lead to the development of both a new type of sense and a larger brain.  It is the use of the new sense that stimulates the production of more neurons, larger brains and new species.

In the human brain, memory and learning appear to be based, at least partially, upon circuits hardening into permanent structures when they are repeatedly exercised. In the human fetal brain, for example, there is first an enormous overproduction of neurons.  They are then pruned, and only those neurons that are utilized by experience survive. This principle of employment of neurons also applies to cells that are newly created in the adult human brain as well as stem cell therapies: only if they are utilized quickly will they survive and become a permanent part of the brain.

In the human brain, it is mental activity that causes new cells to become integrated in the brain by learning and memory. What is the mechanism in evolution?

Previous posts have shown that current-day microbes respond to many senses, and can make choices in response to these stimuli as well as communicate with a community of microbes. As a result of these capacities in microbes, it is reasonable to hypothesize that they have some form of sentience. It is also reasonable to hypothesize that individual microbes had these same qualities from earlier in evolution.

In earlier evolution, the mental facility in sentient cells could have sought more and more information about the sea of stimuli that surrounded it.  When a different sense developed, organisms would attempt to gather more information about their external environment using these new sensory functions in a microbe’s cell or new types of sensory cells in multicellular organisms.

With this increased data an organism could make more educated responses to stimuli, such as using more complicated signals to communicate with other creatures. This increased cognitive interest would stimulate increased signaling back and forth strengthening newly produced cells, which result in larger brain circuits.

Throughout evolution, just as it does in the current human brain, the mind could have helped to stimulate the utilization of new neurons and new senses, causing the growth of brains and the development of new species.

How important has mental activity been throughout evolution?