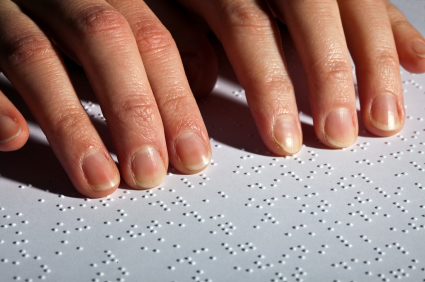 In a now-famous experiment, people are told to carefully look for and count certain details of a performance.  During the performance, a man in a gorilla suit walks across the stage, bows, and walks off.  Almost no one sees it.  Why?  Because it wasn’t one of the details they were told to look for and they didn’t expect it.

In a recent edition of Science a perspective notes the unusual findings that conscious awareness of sensory objects depends more on signals coming from the cortex down to the sensory pathways than the expected route of coming up through the senses.  How are sensory perceptions formed by manipulating, and interpreting incoming sensory data?

Limitations of the Senses

We tend to think that we see what is really there. But there are great limitations to what we learn through our senses. The human eye, for example, has 120 million rod cells that take in data from the periphery of a scene; but every 100 cells are connected to only one neuron. This neuron fires if any of these 100 cells see something moving in a narrow range of light frequencies.  Meanwhile, the eye’s 6 million cone cells pick up detail and color in the center.  However, these cone cells need to be refreshed after a very short while, so our eyes keep flickering and drifting.  In all, the greater than one hundred million cells in the eye connect with only one million nerve cells that can send a signal.  Most of the sensory information is filtered out and never reaches the cerebral cortex. The visual signals from the million optic nerves are first sent to a center whose purpose is to quickly detect if the scene seems to contain any danger, and if so, to trigger an immediate response, such as flinching or ducking.  The signals are then sent to the cortex where they mingle with all kinds of information from our other senses, as well as our thoughts, memories, and emotions.  What is very interesting is that there is a lot more neuronal activity coming out from the cortex to direct and analyze the visual information than there is going from eye to the cortex.  This outward massaging of sensory data from the cortex fills in gaps in our vision, touch, and hearing and plays a major role determining and shaping our perceptions.

Top Down Control of Perception

There is increasing evidence for the control of our perceptions by the higher brain centers   rather than perception being a pure reflection of the analysis of sensory input. 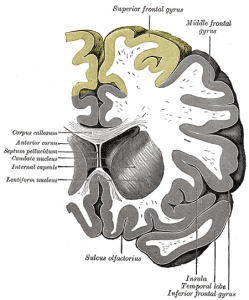 the physical response. In another study when people who were hungry looked at words that were flashed very quickly, the visual acuity of the words related to food were seen more clearly and as brighter.  The hunger affected the specific visual perception.  This effect seemed to occur before the higher cortical centers could change the reaction to a normal acuity. Other studies have shown that poorer children think coins are larger than they are. Another recent study showed a heightened sense of smell when the observer is anxious especially involving negative odors.  This prominent pathway between emotional centers and olfactory centers is very important for animal defensiveness.

A recent study showed that when remembering a scene or a photograph the visual data was expanded to include more than actually existed.  This filling in of details that are not present was also noted to occur with the sense of touch. When imagination was impaired by brain damage, this did not occur.

It is very hard to separate thoughts from what is perceived or expected. Recent studies have noted a change in visual perceptions related to top down effects related to intended

actions of the one looking.  In one study those holding guns had a visual bias to see others holding guns when they weren’t.  This could be very important in questions of self-defense, or even for police officers who might perceive others wielding a gun against them when they weren’t.  Other studies showed that people with broad shoulders viewed a doorway as more narrow in terms of absolute measurement.  Baseball players who are have better batting averages perceive the ball to be bigger than others.

Another top down effect involves experienced observers of ballet or classical Indian dance who have never danced. While watching a dance measurements show that they had stimulation of the specific muscles involved in the dance. This occurred more in people who tested higher for empathy in psychological testing.  In other studies stimulation of specific relevant motor centers occurred when sentences describing motion were used, such as she “kicked the ball”, he “grasped the object.”

An important example of top down influence was noted in a recent study where the mention of metaphors that involve sensory words activate the sensory region of the brain on MRI.  As well as triggering language brain centers, touch related metaphors triggered very specific regions of the touch sensory cortex when different metaphors were mentioned.  Examples included “wet behind the ears”, “soft hearted”, and “hairy situation.”

A very interesting recent study showed that abstract concepts of good and bad were noted to affect visual perception of light and darkness.  When asked to recall a good deed performed by the subject surroundings were viewed visually as brighter.

Mentally people link the abstract concept of evil with darkness but in this research the people feel and perceive the surroundings being darker.  Other research had shown that shame of unethical deeds, and the guilt engendered, stimulate a desire to run away and hide.  Those people preferred to brighten the room with candles and flashlights.

Other studies have shown that reading about experiences, including fiction, produces a simulation of the brain events that would occur the reader were actually in the experience being described.  Stimulation of a variety of sensory and motor areas were noted to be observed by MRI. These were precisely the brain centers that would be normally stimulated in someone who was actually experiencing the circumstances described in the book.  There is also evidence of empathy being related to sensory motor experiencing of what is felt about another.

Escher Illusions and Top Down Control

Another effect of the top down control of perception occurs in our experience of the pictures of Escher.  In experiments where the virtual environment observed is altered it

was revealed that judgment of the relative depths of objects is based upon our brain taking multiple sequential two dimensional looks and depends upon which object is observed first.  This view of our top down approach explains the famous illusions in the pictures of Escher, where one views a staircase that is constantly down in a circular pattern, or where water flows always down in a circular waterfall.  These illusions are based upon the fact that the brain starts at one point and then measures relative depths of the other points in order.

Perceptions Are Based Upon Expectations

Much of what we see is based upon our expectations and our previous experiences, in addition to specific brain mechanisms and the new data arriving every millisecond.  We tend to see only what is new, not what has been there before. Studies show that if we first imagine a scene, and then actually observe that scene, our perception of it is altered by what we had previously imagined.  In the same way, our previous experiences, especially emotional ones, determine what we think we see.

The brain gives us a continuous panorama, accompanied by a sound track, by 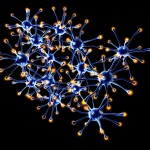 piecing together millions of bits of information in a very narrow range of available light waves and sound waves. The brain never really sees or hears anything.  It is just responding to and interpreting electrical signals.  It makes us believe we are seeing what is “really out there” and creates in us an assumption that everyone else sees exactly the same thing.  It attaches meaning and emotions to the electrical signals. From the flood of sensory information, some bits are selected and used to form our perceptions.  This selectivity is extremely variable among different people and possibly in different cultures.  Our perceptions are then prioritized by factors related to goals, fears, emotions, personality, culture and drugs.