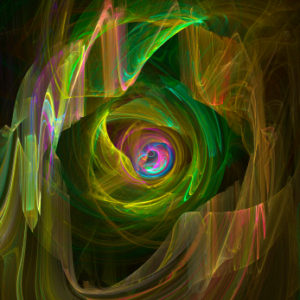 Jumping off the cliff …  lift off …  flying …  what a feeling ….weightless…  looking back at my room…  elation, sadness … who is back there … are they following me

Suddenly waking up, I realize that it was “just a dream.”

But, at that moment I recognize that the same self-identity, my self, my sense of “I” exists in these two states, dreaming and waking.  Although quite different, it was me in the dream and it is now me awake.

Feeling rested, I look at the clock and see that I was asleep for many hours.  I was in deep sleep and unaware.  Or was I aware? 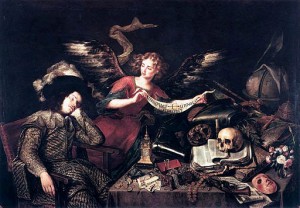 How can we exist in three different states of consciousness? Is it the same person who is aware in these three different worlds of experience? Are we three different people? Maybe not even one.  Is there a self, an “I,” that is constant in all three? Or, as some neuroscientists state, no self, but rather a series of random mental states created by the molecules and neuronal circuits of the brain. Science currently doesn’t accept the self, except for a series of specific brain regions and neuronal circuits between these regions which appear to be related to introspection and the sense of identity.

Science does accept three basic states of consciousness, sometimes called waking, REM sleep, and nonREM sleep. But, are there others? Are there states that combine the qualities of these three? 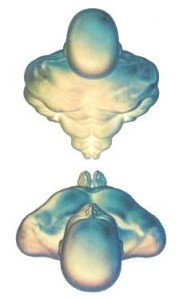 There are so many different kinds of extraordinary states that they are difficult to categorize let alone explain.  But, this series of posts will attempt to do just that.

The border zone between mental illness and several of these states is vague such as spiritual visions versus hallucinations and delusions.  The task of these posts will not be to detail known psychiatric illness except where there is a border zone that is unclear. Delusions and hallucinations can be defined differently in different cultures. Some religious experiences may be categorized as delusions or hallucinations or as normal variations of cultural and religious experiences.

Infectious illness with high fevers, strokes and traumatic brain injury, among other diseases, have stimulated unusual increased mental capacities as well as other unusual experiences.  More frequently they cause decreased capacity and loss of awareness.  Some illness will cause a disability, and, at the same time, an unusual new brain capacity as if the part of the brain that has become disabled had been inhibiting the new found abilities. 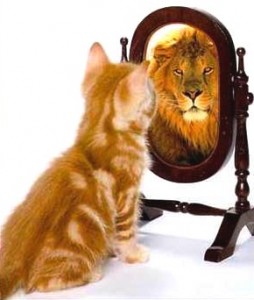 These posts will not dwell on the basic definition of consciousness, which is extremely difficult to define (a previous post described five theories of mind and future posts will discuss theories of consciousness). For now, this discussion accepts the common sense definition of consciousness as the awareness of the life around us and inside of us, that occurs starting from awakening and ending sometime in sleep, anesthesia, or coma.  Conscious awareness is lost in coma, and severe damage to the brainstem as well as other regions of the brain.  Clearly, some who are considered not conscious have been shown later to be aware although locked in and unable to communicate.

But, upon waking from sleep, anesthesia and coma, the same sense of “I” which we experienced before seems to be intact. Therefore, whatever structure in the brain or mind supporting this self-identity was present throughout although we were not aware of it. Upon awakening, the identity, our self definition (relations, career, possessions, body,) are all still complete despite the fact that we were not conscious for a period.

Some extraordinary states occur suddenly in specific circumstances such as brain injuries, spiritual exercises such as fasting and meditating, ingestion of psychoactive or psychedelic chemicals, exposure to awe inspiring situations, and near death. But, others occur suddenly or seemingly spontaneously such as savants who, usually as a young child, suddenly have extreme and remarkable cognitive capacities. Some spiritual experiences appear to be spontaneous, which is one reason that they are difficult to study. While certain unique environments in nature are more likely to stimulate awe, just looking up at the stars can provoke this uncommon and powerful experience. 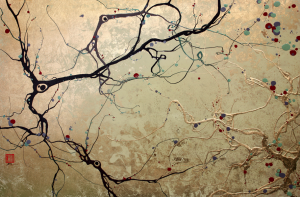 Neuroplasticity has been explored in several previous posts, and demonstrates the tremendous capacity of the brain to change and adapt.  Examples include increased underwater vision in those who swim for underwater fish in Burma.  In the blind, the cortical region that ordinarily processes vision changes and adapts to increased sensory awareness in touch and sound.  The brain seems to search for data in whatever form is available to feed information to the mind, and the brain changes accordingly. Some blind people are able to develop unusual capacities such as using sound as a type of sonar bouncing off of objects to very accurately navigate.  Some become excellent musicians.

Neuroplasticity seems to be stimulated by learning after exercise and deep sleep, psychotherapies, meditation and attention.  Neuroplasticity has been stimulated in a variety of neurological therapeutic techniques such as that for phantom limbs and tinnitus. There are, undoubtedly, many other ways it occurs. Any new skill or intense focus is actively changing the brain.

An important question is whether the development of sudden new unusual capacities, or experiences, is a form of neuroplasticity? Or is it the release of hidden and suppressed capacities that already exist.

Hidden Capacities in Everyone? 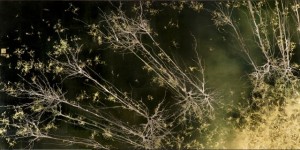 If people can suddenly perform otherwise impossible mathematics, or advanced art and music, do these capacities ordinarily reside in the brain, but are unused. Are the sudden releases of spiritual experiences already ingrained in the brain/mind and waiting to be released? Or is the brain somehow connected and utilized by totally new experiences from the environment? Are there circuits in the brain that block otherwise hidden capacities in the mind/brain, which are suddenly released when the inhibition is stopped. This might explain the sudden remarkable abilities in accidental savants. Most genius savants also have a developmental disability. Is the disability somehow disinhibiting parts of the brain that normally would not be used? This would imply that the brain/mind has much greater abilities than are ordinarily recognized.

How does the self, or, who we think we are, relate to these potential new abilities? In many of the extraordinary experiences to be described the ordinary sense of self is fragmented or blocked, such as in meditation, psychedelics, near death experience and others. At the moment of extreme experience often the notion that we are a body, a part of a family or tribe, a professional, or a collector of property disintegrates and there appears a possibility of identifying with other transcendent properties of nature.

Previous posts have discussed dreaming, and meditation. Future posts in this series will attempt to find their relation to other states listed below.

This post introduces the field of experiences and the next posts will go into detail concerning scientific knowledge about each of the extraordinary states.  Some of these states can be studied with brain imaging and other scientific measures, but, many of these subjective internal experiences are difficult to study.

The following is a tentative categorization: 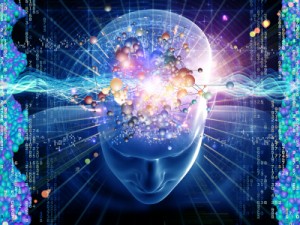 Super vision – People with a fourth visual cone cell can see a million times more hues of color than most.

Super Autobiographical Memory – People with enlarged regions of the brain have extremely detailed memory of day to day details of life since age 10.

Accidental Savants – Sudden changes in capacity for art, music, and mathematics occur from a wide range of neurological changes such as concussion, stroke and dementia.

Savants – Some with developmental problems have extreme abilities in mathematics, memory, learning, art and music.

Precognition – Some think they have experiences perception of events that occur in the future.

Telepathy – Some think it is possible to transfer thoughts or feelings to others without a known mechanism.

Psychokinesis – Experiments from Princeton may have demonstrated some impact of the mind on machines.

Healing – Many believe that specific people have unusual abilities to heal others.

Clairvoyance – Experiments have attempted to study the alleged ability of receive information about places and events without a known mechanism.

Reincarnation – Some claim to be reborn with information about a previous life. 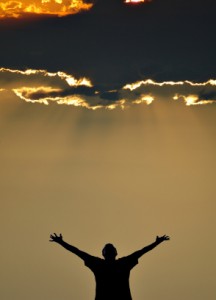 Advanced meditation states – a wide range of meditation experiences have been described.

Visions – Many accept visions as a part of normal experience.

Out of Body Experiences – In a variety of circumstances people have described a sensation of floating outside of their own body.

Near Death Experiences – Research shows that Americans experience a spiritual tunnel, but Japanese tend a garden.

Spiritual Experiences – There are a wide variety of spiritual experiences that can be life changing.  These experiences can be sudden and brief, or slowly evolving.

The next several posts will discuss what science understands about these different human experiences.  Are there brain mechanisms that can explain any of them? Are there dramatic hidden capabilities in each of us that could be stimulated in some unknown way?

Is there a science of the self or the sense of “I”?  Does the self exist at all?  Is the self important in these extraordinary experiences.