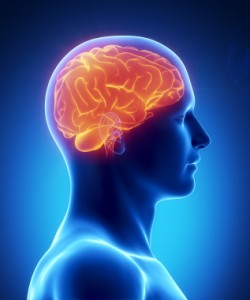 Learning a fact ……. Suddenly, a new brain cell in the hippocampus

How does the brain know how to do this? How does neuroplasticity work?

The active brain does much more. It changes its function when it is needed. When nerves are cut or otherwise damaged, the brain reorganizes.  If these damaged cells were analyzing light, they may now shift to analyze sound increasing the sense of hearing. Neurons are actively able to alter their neurotransmitters with changing circumstances. An imaging study showed microglia active in building and pruning synapses.  The cells have a ravenous appetite for information, searching and seem to be able to search any type information. 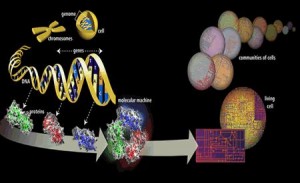 A previous series of posts (the mind and molecular genetics: post 1, post 2, and post 3) demonstrated that mental events trigger an enormous molecular cascade in the neuron including regulatory factors related to DNA and RNA. A vast network of thousands of interactions regulates the manufacture of molecules needed for the neuron’s instant response. The series of posts showed the new genetic landscape for triggering these physical changes in the neuron are vastly complex.

Neuroplasticity also appears to have multiple mechanisms whose regulation is unclear. Similar to the DNA regulation, there appear to be a large number of different neuroplastic mechanisms that can occur. The details of these mechanisms and their relationship to mental events are just emerging.

Neuroplasticity and the Synapse

Current research into the long-term changes in synapses related to various types of memory now shows many different mechanisms. These different types of plasticity have different timings, different spatial regions, and a wide range of triggering molecules and pathways.

Previous posts have noted mental activity causes the strengthening of synapses. Previous theories on how memory is registered in the brain hinged on synapse strengthening called long term potentiation LTP, that is, the potency of the synapse is increased in a long lasting way. Another type of synapse plastic change is called long term depression, LTD, or a lessening of the bond.

While at one time LTD and LDP were thought to be relatively constant once established, new understanding of memory is that every time we re-remember something, by thinking about a past experience in the present for example, we re-encode that memory in a 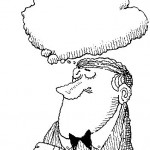 As can be seen with genetic regulation in previous posts, nothing is simple. Similar to the regulation of DNA, the more neuroplasticity mechanisms are studied, the more complex it appears. The following summarize a large amount of research into these two best-known types of neuroplasticity, the conscious and unconscious mechanisms.

Most early studies of neuroplasticity and learning involved declarative memory, that is conscious learning of information to be retrieved. Early research showed long-term potentiation, LTP, at the synapse of two important neurons 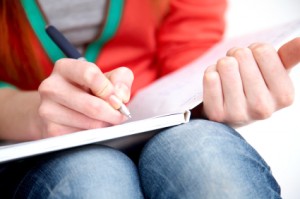 in the hippocampus, the CA3 axons onto the CA1 pyramidal neurons.  For a time this was assumed to be the major mechanism of learning and neuroplasticity. But, the synaptic molecular details were not clear.

The traditional theory of memory is that specific usage of synapses strengthens connections, which form long-term memory through LTP. However, recent evidence shows most synapses engage in ongoing changes, that is, they are remodeled continuously with alterations of existing synapses including stabilization, strengthening and pruning, as well as creation of new synapses. Every time we consider any old information those connections are altered. These synaptic changes occur daily, even moment-by-moment.

These physical changes in plasticity are called structural plasticity or synapse dynamics.

One factor in this structural plasticity involves changes in the dendritic spines. Dendrites are the out pouching areas of the neuron that connect with an axon and form a synapse. The dendritic spine is a protrusion from the dendrite that receives input from 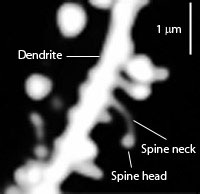 an axon. Most spines have a bulbous head and thin neck connecting to the shaft of the dendrite. Spines can rapidly change shape either increasing or decreasing in both the pre-synaptic neuron and the post-synaptic neuron. This type of activity is greatly complicated by the unique spatial arrangement that many of these budding connections make. Recently it was noted that when a strong current is occurring at one spine, others immediately form nearby.

Plasticity changes include rapid increase in the size of the head of the spine, and increase in its ability to rapidly receive information, as well as a change in the stability of the synapse. Complex molecular cascades have been recently found for each of these different mechanisms. Spine alterations are influenced by multiple factors including BDNF, and estrogen. These can cause effects in many areas at once. Stress, also, affects many dendrites at once such as reducing those in the hippocampus and increasing those in the amygdala. These alterations are influenced by environment, seasonal changes, and age.

A second important aspect of the synapse is in the postsynaptic cell, a very complex region called the postsynaptic density, PSD, which is altered in LTP. The PSD region has up to 1000 different proteins. This large amount of proteins is just now being discovered and appear to be variable in many types of neurons. (see website neuromorph.org for the many recently discovered neuron types.) This region is critical to receive the message and critical in neuroplasticity. 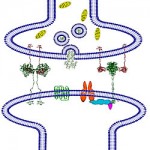 It is now known that there are vast arrays of chemicals and factors that can influence plastic changes in neurons. These now include many mechanisms related to calcium channels, and other signaling pathways. Transcription factors and RNA’s noted in a previous post, are also critical in some neuroplasticity. 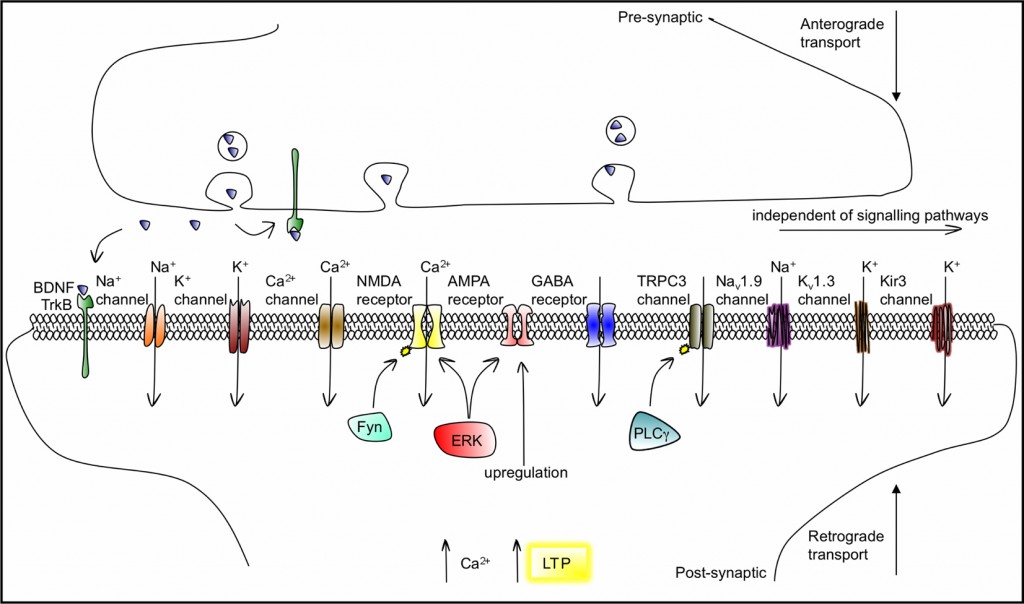 The balance of inhibition and stimulation from many important brain circuits including the neurotransmitters, acetylcholine, serotonin, dopamine can also change the plasticity.

Diffusible factors such as BDNF are also important. Previous posts noted that BDNF can be influenced by signals from microbes within the body. Another factor is the extracellular matrix, called perineural nets. Glia cells, which outnumber neurons ten to one, were  previously considered to be secondary, but new research shows that glial cells are critical in the function of the synapse. 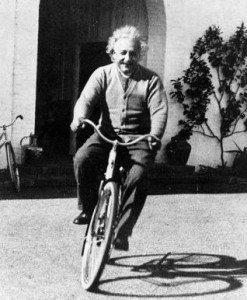 Unconscious motor learning, called procedural memory, such as riding a bicycle, demonstrates many other different mechanisms of neuroplasticity.

The cerebellum has distinct layers of cells, as the cortex does, but with very different types of brain cells. The two major layers are called the “molecular” and the “granular layer” each with very distinctive looking neurons.

Purkinje cells, the major cell in the molecular level, are one of the largest neurons with a distinctive flat fanning pattern of dendrites stacked in rows. (see picture of molecular and granule layer, right) Purkinje cells receive their input from granule cells in the other layer via thousands of parallel fibers, called “Parallel fibers.” Another input is “climbing fibers” from many places in the spinal cord, which go through the olive nucleus in the medulla and then have a strong impact on Purkinje cells. These connections demonstrate synaptic plasticity in the previously described form of LTP and LTD on both pre and postsynaptic cells. Parallel fibers’ signals are weak, but one single climbing fiber can be very influential.

Mossy fiber bursts have a major impact on creating LTP. Both mossy and climbing fibers coordinate balance information coming to the cerebellum and have a constant effect on remodeling synapses related to memories involving balance. 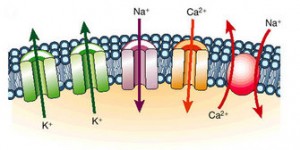 called “Intrinsic changes”. Intrinsic neuroplastic changes consist of an alteration of the membrane, and the ion channels along the neuron that create the electrical signal. Changes in the sodium and potassium ion channels create the electrical gradient along the axon. The changing sodium and potassium moves as a wave along the axons, all of the channels perfectly timed to send the signal all the way along the axon to the terminal where it stimulates calcium that eventually triggers release of the neurotransmitter.

Intrinsic neuroplasticity alters the process of ion channels in the membrane and has a major effect on motor learning.

Now it is found that the type of memory for coordination of movements involves different types of plasticity in multiple brain regions, the cortex, hippocampus and cerebellum, all at the same time. The cerebellum coordinates a wide variety of signals from the senses and regions of the cortex, involving perception and communication with all aspects of movement.

For motor learning multiple types of cells must change in both layers at the same time. Another type occurs in a serial manner, such as changes first in the granule, then Purkinje, or first in the interneurons then the other cells. One type of 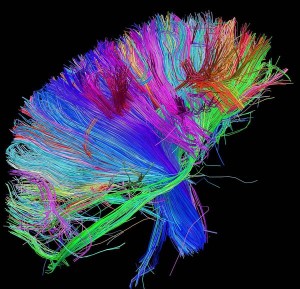 neuroplasticity is periodic with different cycles between climbing fibers and mossy fibers. Memories that are laid down from the olive in the medulla to the cerebellum are then distributed in many other networks around the brain.

The parallel fibers in particular are widely distributed throughout the molecular level. The climbing signals then choose some of these networks, which changes as the motor learning changes.

This is not simple.

The older notion that neuroplasticity is the simple strengthening of a synapse that then stays as a long term memory must now be updated. 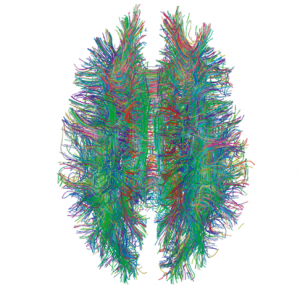 Plasticity can occur in many different parts of the synapse and in many different ways. In the granule cell itself there can be plasticity in the electrical system of the membrane and the ionic channels. To make it more complex these changes are also influenced by the interneuron cells.

A totally different set of mechanisms are involved in the climbing fibers. The two systems compensate for each other. These two systems of the granule cells and the Purkinje cells are the major neuroplasticity that connect vision, balance and movement. LTP and intrinsic neuroplasticity may be the dominant forms of plasticity in both systems.

Strangely, none of these forms are actually essential since there are so many different types that can compensate for each other.

In evolution the cerebellum developed as an addition, not the essential part of the human brain. It refines coordination and smoothness of operation. Even later in evolution the interneurons developed to make the functioning even better.

Memories related to movement in the cerebellum are very permanent and well designed. Motor memories are not easily extinguished as we can see by the lifelong learning of physical functions, like bike riding.

Other forms of memory, such as conscious declarative memory of facts in the hippocampus, are formed more rapidly, but can be easily altered and lost.

Neuroplasticity is much more fundamental than one mechanism. There appear to be multiple different types of neuroplasticity for every brain circuit. But, this type of research is very complex, and for now, only a small selection of regions have 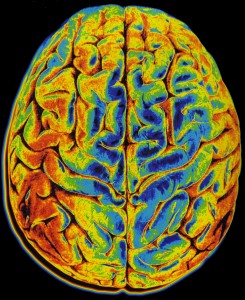 Somehow, the brain at a deeper level coordinates multiple neuroplasticity mechanisms in multiple places and times all at once. It is this coordination from many directions and times that is reminiscent of the complexity of the genome. It is also similar to the search for the locations in the brain that are correlated with consciousness. In research into consciousness, there are always many different regions working together without apparent direction from any one region.

Neuroplasticity, for most of the brain changes we see, is the synergy of a vast array of distributed varied mechanisms from multiple regions of the brain all occurring at the same time.