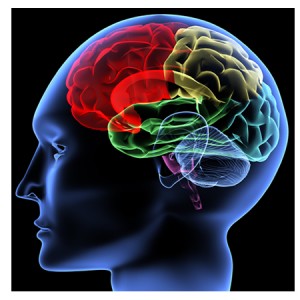 The most logical and intuitive place to seek the mind is in the human brain.   Neuroscience can observe the workings of perception, memory, thinking, and emotions by using imaging devices to see which sections of the brain light up while it’s performing different functions.

Do Imaging Devices tell us about Subjective Experience?

We see chemical and electric signals, in oscillating and bursting patterns, sending communications throughout the brain as study subjects perform mental functions. But, there has been no way to find out what subjective experience is, other than studying how it seems to correlate with these brain images and electrical signals. Most scientists ignore questions of what the mind might be because the answer seems impossible at this time.  Most neuroscientists simply assume that, eventually, we will somehow show that networks of electrical impulses create the subjective experience of mind.

Theories of mind have been based upon analyzing the damage to specific regions of the brain and observing what capacities are lost.  While these areas of the brain are necessary for mind to function they might not be the mind, but rather a molecular device that the mind can use and direct. There is increasing evidence that studies from MRI and other imaging devices have over interpreted results.  One study noted that interpretation is much more complex than previously known. For example there were many varied effects throughout the brain and in time sequences not picked up by the research. In other research the imaging devices simply did not pick up the complexity of the responses.

Does the Mind have Free Will?

Another important question that has been raised about the mind is whether we have free will to make decisions.  Many neuroscientists believe that our notion of free will is an illusion created by the brain, which predetermines what we think, say, and do.  This view is consistent with the common view of physical reality where molecular movements determine everything that happens.  However, we all seem to experience volition in ordinary life, which is at odds with this deterministic view of much of science.

The Brain Changes Itself With Attention

One way of looking at the relationship of the mind to the brain is to examine how the brain can change itself, using a well-documented process called neuroplasticity.  This is a process in which specific neurons and circuits of neurons alter their function in various ways to respond to new situations.  There are a number of different ways in which this can happen.

There is evidence that what we choose to attend to can enlarge or change brain centers, and create new circuits.  In fact, it is believed that strengthening specific circuits, and possibly creating new cells, are the main ways we learn anything. Studies have shown that cabbies in London have dramatically bigger visual-spatial brain regions than the average person. Furthermore, a recent study showed that eight weeks of meditation measurably changed certain regions of the brain.

In Obsessive Compulsive Disorder, recurrent thoughts intrude upon our thinking through diseased brain circuits.  Using psychotherapies, attention, knowledge, and volition, patients can override these diseased networks to create new functional connections.  This changing of the brain circuitry, by volition, occurs in other psychiatric therapies as well. It takes tremendous effort to overcome negative or disturbed habits, which shows that changing the brain can be quite difficult.

Another remarkable form of plasticity involves patients with a damaged sensory pathway that causes blindness or deafness. In those regions of the brain deprived of the intended sensory information, the circuits start functioning in a new way. What stimulates a brain cell of a newly blind patient, which is designed to pick up and analyze light, to morph into one that now receives and analyzes sound? Perhaps there is a mind lurking in the neurons themselves that aims to gather as much sensory data as possible and will adjust to use any avenue available.

In future posts we will examine whether the plasticity of neurons might imply that there is a mind in interaction with the material brain.