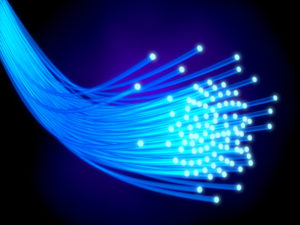 Microbes have demonstrated very complex social relations, between other microbes and other species.  A previous post discussed elaborate chemical communication amongst microbes, including their collaboration in building biofilm cities.  Another post mentions how individual cells are able to form larger structures that act as fruiting bodies, slugs, and other multi-cellular structures. A third previous post described the symbiotic relationship of plants and fungi whereby nutrients and signals are transferred from plant to plant and fungi to plant.

But the scientific community may not have been prepared for microbes’ communicating along their own advanced electrical ‘wires’ to send food and energy to each other.

Depending on Oxygen for Energy

It is known that atoms have a certain number of electrons that exist in different energy orbits.  When combined in molecules with other atoms one of the atoms can take on more electrons or give up electrons changing the characteristics of that atom.  (see diagram)

It is also important to note that large numbers of electrons can also be drawn from atoms and then directed to flow on a charge gradient along wires, which is the basis of electricity.

In the mitochondria of animal cells electron transport to supply energy involves a large number of immense protein molecules embedded in a membrane (see diagram below which shows how complex this process is in animal cells). 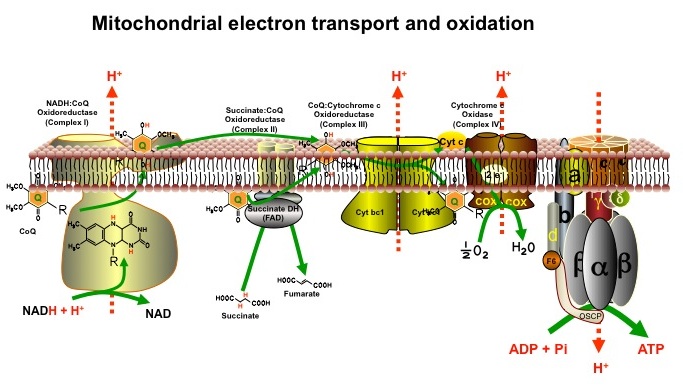 In plants photosynthesis uses light energy to liberate and move electrons through, perhaps, an even more complex set of large molecules (see diagram) 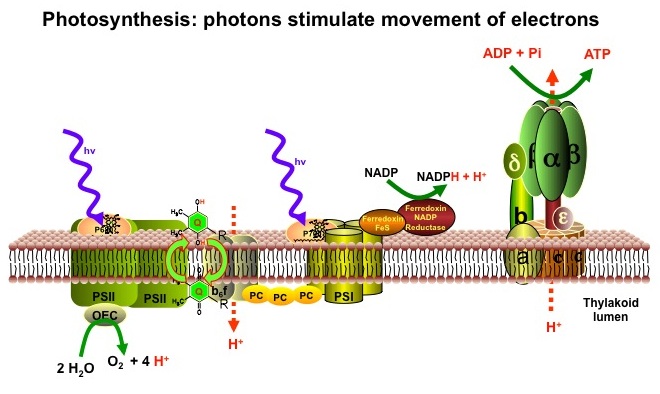 Other Food for Microbes

In the absence of oxygen, deep in the earth for example, other chemicals can take the place of oxygen in the oxidative process to make food for bacteria. These chemicals, like oxygen, must be able to accept electrons from molecules. Some bacteria use sulphates, nitrates, and iron for this purpose, instead of oxygen.  Iron, nitrates and sulfates accept electrons in the same type of electron transfer process, which is still called “oxidation”.  In such bacteria the metabolism is altered so that oxygen itself is toxic. 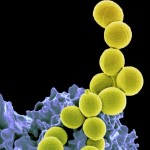 Bacteria often “breath”, therefore, without oxygen and instead hand off electrons to iron particles in dirt, where there is no oxygen.  It was a surprise to learn that bacteria could breathe with a rock.

In experiments with bacteria, when they were not allowed to be near oxygen or iron, it was observed that hairs started growing from the bacteria.  Later it was learned that these hairs conduct electricity.  As the bacteria continued releasing electrons they needed to find an oxidizing agent to accept the electrons and these hairs were wires that were searching for an electron acceptor somewhere.  In the lab these bacterial hair like nanowires conducted a billion electrons per second nanowires, which is enough energy to power the cell.  When the wires found a piece of iron or other electron acceptor the respiration in the cell increased.

Recently, it was discovered that in the earth microbes produce these thin, incredibly efficient wires that conduct electricity.  Deep underground or in the ocean, there is little oxygen. There, bacteria make wires that connect a cell to other cells. Then, they use oxygen or an oxygen-substitute to go through oxidative process. In the latter case, they make wires connecting to a rock. Bacteria shuttle electrons away and complete their respiration cycle via these wires.

These wires allow microbes to transport electrons a distance thousands of microbe-lengths away.  The tiny wires, also called nanowires, are one of the holy grails of the new attempts in nanotechnology to build microscopic machines, robots, and medical instruments.

Even more strange is that the wires connect together with many bacteria forming a chain of wires looking for oxidation acceptors from which all can “breath” and eat.

When many microbe wires are embedded in biofilms (large cities of microbes – see picture) the wires develop electrical properties on par, or better, than our best conductors. However, unlike metal wires designed by human engineers, bacterial wires are made of only protein.  Previously, it was thought that biological wires would need embedded proteins with minerals. These biofilm protein wires, though, neither have metals nor an apparent limit in their range.  One group of microbes uses a long wire to consume iron as we breathe oxygen.  In terms of scale this is equivalent to breathing through a tube miles long.

Remarkably, these cooperatively constructive wires are not limited to a single species. Different species of microbes can use the same wires to exchange electrons.  To do this, one microbe produces hydrogen while the other consumes it. The direct-wired connection allows for the exchange of vital energy and food between species. A parallel to this was described in a previous post whereby plants exchange food and energy with other plants, even long distances away, through wires made of fungus, a different species.

In soil, where oxygen is rare but microbes thrive, microbes form wires from inches underground to find an electron source.  In fact, there is an electric grid going from microbes far underground, who have no oxygen, to surface microbes, who have access to oxygen.  This underground, biological grid powers the life of billions of microbes under every square inch of soil. Disparate types of microbes, like bacteria and archaea, cooperate in this way to survive.

Similar nanotubes have also been recently found in animal cells. Very straight nanotubes have now been observed between mammalian cells.  These channels have been shown to help blood cells kill cancer cells either by attaching to the cell to limit mobility or by sending chemicals to kill it. These animal cell tubes also conduct electricity and send signals during migration and healing of wounds.  It has been suggested that this is the mechanism of the transfer of prions that have been noticed recently to travel between neurons, including the possible transmission of abnormal amyloid and tau molecules that spread the neuronal damage of Alzheimer’s disease.

Who would have guessed that such an elaborate electrical connection existed between microbes, and existed even between different microbe species? This discovery shows an unprecedented level of communication between microbes at a technical level significantly beyond the current capacity of human engineers.  These extremely efficient protein wires which transfer electrons between different species operate at enormous distances, literally thousands of times the size of the microbes.