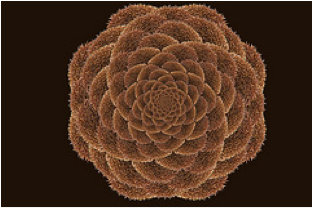 Groups of microbes have been shown to devise feeding routes as efficient as our human engineers. In one study, scientists drew a map of England on a large agar plate and placed food on the map in the positions of England’s nine largest cities.  A group of microbes were placed on the spot representing London.  Very quickly and efficiently, the microbes developed roads to the other cities.  The routes were almost identical to the real human engineered roads, except that one of the microbes’ routes was more efficient. Similarly, a colony of microbes on a map of Mexico matched existing highways. In another study, a group of microbes duplicated the engineering of the Tokyo subway system by burrowing tubes in agar.

The Shortest Distance In a Maze

Another very striking finding demonstrated that a colony of amoebas was able to rapidly find the shortest distance through a complex maze.  These amoebas had formed a structure called a slime mold whereby multiple amoebas live together as one living entity. In this experiment the colony was broken into two parts and put into distant parts of a maze, which was built of hard plastic embedded into agar. Food was placed at the entrance and exit of the maze.  There were many possible routes through the maze.  After a short while the colony came back together forming a perfect path along the shortest distance between the beginning and the end of the maze.  The amoebas were clearly able to rapidly solve the problem of the shortest distance between these two points in a complex maze.

Although researchers have shown that microbes are capable of complex functions, explanations of these abilities are always in terms of computers, robotics, or machine technology. It is extremely rare for microbes or individual cells to be described as beings with a form of intelligence.  One of the most provocative books on the world of the cell is “Wetware” by the biologist Dennis Bray, which I will review in a later post. His book provides unique descriptions of what is happening inside the cell and illustrates the many unusual capacities of single-celled organisms. In his analysis, microbes are able to detect and respond to their surroundings, diagnose problems, and repair themselves. His thesis is not that microbes have consciousness but, in the spirit of the computer age, that they are extremely complex computation devices far more advanced than current cognitive and computer science can understand.

Can Microbes Have Sentience?

Because of rejections from publishers, who criticized Bray because they thought that he was making a case that microbes have some form of consciousness, he writes emphatically: “I say repeatedly in the book as clearly as English words will allow that in my opinion single cells are not sentient or aware in the same way that we are… It is a robot made of biological materials.”

Why the need for such protestations from Bray?

The reason is that his descriptions so vividly highlight the incredible capabilities of microbes that the question of whether this life form has some form of mind is inevitably raised; unfortunately, in the current scientific environment, no explanation other than a robotic one is acceptable.

But if we look carefully at what microbes actually do, the subject of future posts, it is reasonable to wonder, and frankly impossible not to consider, whether they have some type of mental capacity.