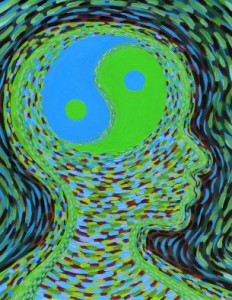 The word meditation describes a variety of directed mental activities.  Some define it as a type of concentration, others as a self-study of mental processes, and yet others as a method for transcending ordinary worry and concerns.  Overall, meditation can have mental and physiological effects such as relieving pain, anxiety, stress, and high blood pressure.

Interestingly, different types of meditation incite different anatomical changes in the brain, but all have some similar effects. This is yet another example of self-directed neuroplasticity — the effect of thought on the brain.

One type of meditation emphasizes “loving-kindness” and compassion towards others. A practitioner gets away from ordinary concerns and worries, and then concentrates on love and compassion.  The brain imaging of this type of meditation showed an increase of activity in the frontal part of the brain, linked with positive emotions and self-control, and in the thalamus, 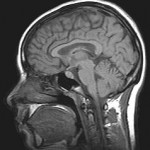 which regulates and filters sensory and motor signals for the higher cortical centers. Moreover, activity is decreased in the parietal region, associated with visual and spatial information. Finally, the electroencephalograph (EEG), which measures electrical activity of the brain, showed increased activity in frequency ranges related to concentration.

Another type of meditation is mindfulness, which involves the release of bodily and sensory attachment by focusing on the present.  Practitioners of this meditation shift their attention to their breath, their heartbeat, their inner thoughts, or an object. After a while, meditators have physical increases in the number of neurons and 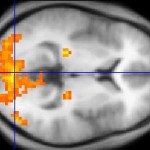 neuronal connections in sections of their cortex. Those sections are: the right frontal cortex, related to concentration; the right insula, related to emotions; and the right parietal and temporal lobes related to touch and sound. A recent study also showed that after eight weeks brain imaging showed reduction in the volume of the amygdala, related to anxiety and stress, and an increase in the number of neurons in the hippocampus, related to learning and memory.

A third type of meditation, called ‘Transcendental Meditation,” has the mind play a specific sound in the background which is chosen from the ancient tradition of meditation. At first the sound buzzes in the mental background like a song stuck in our head. Gradually, this breaks attachments to other thoughts and experiences. In this type of meditation, the frontal and parietal regions, associated with attention, grow more active. 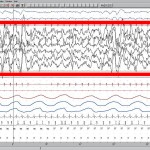 On the other hand, regions of the thalamus, related to sensory input, and basal ganglion, to choosing behaviors and actions show decreased activity. Finally, the EEG readings show that many brain regions have increased coherence. That is, brainwaves tend to be more “in phase,” passing through the brain in a more rhythmic and orderly manner.

The Muscle of Focus, A New Default Mode

A very recent study of a variety of meditation techniques showed increased connectivity in the areas related to memory, learning and emotion, including centers in cortex, spinal cord, and cerebellum. 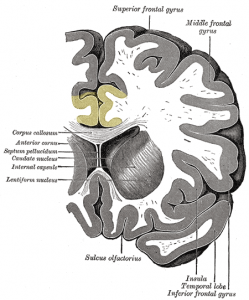 Another further significant recent study showed that with all of the techniques mentioned there is increased folding of the cortex, that is increased “gyrification.” Increased gyrus formation is thought to increase processing of information. Also significant in this study is that the longer people had practiced the various forms of meditation, the more this effect of increased cortical surface area was noted.

Another very recent study showed a very important finding in the default mode network (DMN).  The DMN is the circuit in the brain that seems to correlate with daydreaming, and non-focused internal thought.  It can include memories, thinking of the future, thinking about other’s thoughts and reliving experiences. When in the DMN, the medial prefrontal cortex and posterior cingulate cortex predominate with a coherent slow brain wave.  With experienced meditators of all the types there was decreased activity in the DMN. This implies that the mind wanders less during meditation.

More significantly, a new type of default network appeared with coherence between new centers including the posterior cingulate (from the previous DMN) and two other centers involved in control of behavior and thought (dorsal anterior cingulate and dorsolateral prefrontal cortices.) Meditation, in this experiment, not only increased focus and decreased daydreaming, but also increased self monitoring.

In other words, advanced meditators had a new type of “default mode” with more ability to control thought  and emotion, and greater ability to stay focused on the present.

One Way to Rewire Brain

Mental attention (see post)  of all types can stimulate neuroplasticity (see post), the ability of the brain to change its own wiring, including stimulating new and different neurotransmitters, building circuits, and enlarging and shrinking brain centers. Meditation is one of the many ways that a focused mind can change and rewire the brain.