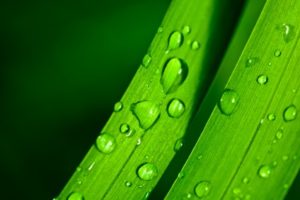 Previous posts, examined possible plant cognitive functions with the Dodder’s parasitism and the complex ability plants have to communicate with other plants and fungi. More impressive are the elaborate abilities of plants to defend themselves.

When an animal predator eats the leaves of a plant, some affected plants release chemicals within just five minutes to either repel the predator or trap them.

Plants are able to rapidly activate a vast array of genetic and chemical signals to create helpful defensive chemicals, including terpenes, alkaloids, and phenols.  Some of the chemicals float in the air and attract predators of the creature eating the plant, such as dragonflies and bats.

One plant has been found with a large special organ that resembles a radio dish. Effectively, it emits sonar signals that alert bats to the insects near the plant. Other signals alert other neighboring plants, even those from other species, to help resist the invaders.

To remove eggs on a leaf, some plants secrete specific egg poisons, while others produce chemicals that attract insects to eat the eggs. Shockingly, some plants respond to insect eggs by rapidly stimulating tumors to grow near the eggs and knock them off the plant.

Some of the plant’s defensive chemicals require extremely specialized genetic and chemical reactions, which are not favored by natural processes.  The chemicals, however, are unusually effective in fighting microbes and other predators. One such chemical, taxol, made by tomatoes, peppers and potatoes for defense, is used in human cancer treatment.  Another famous and important example is artemisinin, which is used to treat malaria.  Such unusual chemicals, like taxol and artemisinin, are complicated to synthesize; it is not clear how plants developed the ability to manufacture such rare but useful chemicals.

Planning Ahead for Occasional Event

Perhaps one of the most unusual types of defense involves complex planning for an event that only occurs only occasionally in the future.

The plant circadian clock has been noted to regulate a third of the genes of the plant Arabidopsis which are involved in complex planning for invasion by cabbage loopers who eat in a rhythmic pattern.  Both the proper phase of the circadian cycle and specific timed stimulation of a hormone jasmonate is necessary to survive these attacks.  Another hormone salicylate is also critical for other types of defense but is an antagonist to the effect of jasmonate.  Therefore salicylate accumulates at the opposite times from jasmonate to take care of both defenses.

Mustard plants create a dangerous toxin to kill the mildew that occasionally attacks just after the dew dries.  At the critical early-morning moment, the mildew produces a tiny tree with spores and suddenly twists to sends its seeds flying to the new mustard plant. If successful, the mildew seeds grow and make more mildew.

To accomplish this, the plant genetically times the process of synthesizing and secreting the toxin so it releases toxin just before the morning dew dries. It appears to perform this work solely in the expectation of the dew spore. In other words, it plans an elaborate and dangerous chemical secretion each morning in case mildew attacks that morning.

Does this complex level of accurate planning for an event that only occasionally occurs suggest a cognitive process?