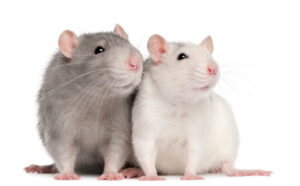 Current theories of the brain’s evolution attempt to correlate mental ability with the evolutionary age and sophistication of its structures. The older and more primitive the structure, the less emotional and cognitive abilities should be present. However, recent studies are shaking the brain-behavioral evolutionary tree. Amoebas, which have no brain, have been observed sacrificing themselves for other amoebas. In fact, they do so more frequently the closer they’re related. Lizards, who have only a primitive midbrain, have shown decision-making abilities better than that of most birds. Studies of apes now show that they consider the thoughts of other apes when giving warnings, an advanced trait thought to only exist in humans.

All these new findings are difficult to explain. But, perhaps the most surprising one has to do with empathy in rats.

Empathy is an advanced emotion; it is a capacity that includes both recognizing another’s condition and sharing some aspect of their feelings. While primates and humans have often shown empathy, a recent study places empathy much further down the mammalian evolutionary ladder. According to current theory, pro-social behavior, where an animal acts solely to benefit another, should not occur in animals with small brains.

Rats prove the theory wrong. As social animals, it has been known that they experience emotional contagion; they share the excitement and distress of other rats. There could be signs if your rat is dying or in distress, it’s companion could also be showing signs of distress. In fact, rats often freeze when observing the suffering of another rat. But they are not supposed to demonstrate empathy and act upon it.

In an experiment, a rat was placed in a large cage with another rat trapped in a restrainer device. The free rat became excited at witnessing the distress of its comrade but did not freeze. Instead, it gnashed at the restraint box, trying to open it. After a week of hourly visits to the trapped rat’s cage, the free rat finally figured out that by lifting the door with its head it could open its friend’s restraint. From then on, every day, it always freed the restrained rat as soon as it could. After each liberation, the pair celebrated by running around the cage together.

In a further experiment, the free rat chose to liberate the distressed mate even before opening a trap containing chocolate. Remarkably, the liberating rat would share the chocolate each time with the newly freed rat. This daily rat liberation occurred even when the freed rat was routed to a separate cage that could be seen by the hero rat but there was no contact allowed. In other words, rats are shockingly empathetic.

Advanced abilities like empathy are better correlated with evolutionarily younger brain structures, such as those in the cortical and subcortical regions. We associate the subcortical amygdala with emotional learning and cortical mirror neurons with awareness of others’ experience. Previous evolutionarily theory assumed that the midbrain, associated with instinct, couldn’t produce deep empathy in rats or advanced decision-making in lizards. That theory is now called into question.

Of course, all such theories are speculative because real neuro-biological evolutionary information doesn’t exist. There is still strong resistance in some scientists to the notion that animals, especially rodents, have emotions at all.

The question still remains: what can altruism in microbes, complex decision-making in lizards, and empathy in rats tell us about the brain’s evolution? What does it say about mind in evolution?