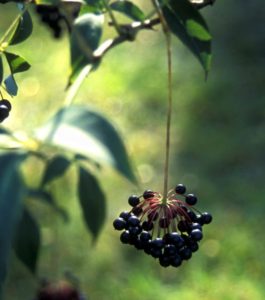 Completely separated from other plants, such that no chemicals signals can reach them, young chili plants still responded to a predator.

Young chili plants can sense neighbors, even as seeds and small seedlings and respond by allocating energy differently to stems and roots.  New research shows they sense these neighbors even without light and chemical signals from the soil or the air.

Many plants, like chili, respond in competitive environments with faster growth when among similar plants or slower growth when near aggressive competitors. When a chili seed becomes aware of other neighboring chili plants, they grow less roots and more stems because in this situation they don’t have to be competitive.

Usually fennel, a dominant plant, sends chemical signals in the air that slows the growth of the competitor chili plants. In a recent experiment when all signals from the fennel were blocked, including light, smell, touch, roots and chemicals, the little chili seedlings sensed the fennel plant anyway. 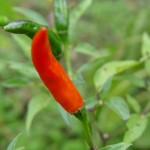 By knowing that the fennel was there but not receiving the inhibiting chemicals, the chili plants knew to grow faster while they were able.

How could they possibly know this when light, touch, roots and air are blocked? It has to be either a auditory or magnetic sense.

Plants respond to chemical and mechanical contact, pressure gradients, and reflection of light wavelengths.  Plants can warn others about insects using a wide variety of different chemical signals. They can use photoreceptors to monitor changes in far red to see growing competition.  Plants smell chemicals in the air. In the soil they can respond to the chemical touch of toxins.  The touch of wind causes genes to stiffen.  They have a taste for nutrients

A previous post showed how Dodder plants sense other plants, presumably by smell, even a yard away.  Then, they grow so that they are able to touch the other plant to evaluate the nutrition level before attack. If the plant is not suitable they withdraw their tendril and grow to seek a better source of nutrition.

Their ability to sense light allows them to differentiate day and night, as well as to defend against too much ultraviolet light by producing special pigments. 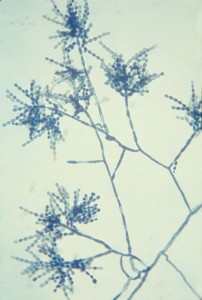 by their roots.  The root method is slow, and air messages depend upon the weather.

One very complex method of communication between plants is through fungus wires that extend for miles between most plants in a forest.  When a plant is stressed, it signals danger along the fungal wires and other plants prepare.  These wires also send nutrients to the plants. A constant communication occurs between the plants and the wire.  In one recent study, global warming endangered plants species that were not able to rapidly adapt. The microbe societies, intimate with the plant, were able to make the necessary survival adaptation for the plant.

In another recent study it was found that a cliffhanging plant relies entirely on three different species of ants for survival: two species pollinate the plants and a third disperses the seeds.

Elaborate Defense, Even for Future Events 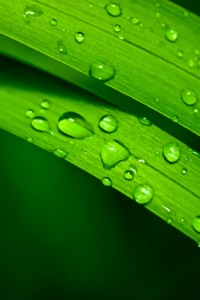 Much more elaborate defenses are observed. To remove eggs on a leaf, some plants secrete specific egg poisons, while others produce chemicals that attract insects to eat the eggs. Shockingly, some plants respond to insect eggs by rapidly stimulating tumors to grow near the eggs and knock them off the plant.

Even more impressive are defensive maneuvers that involve planning and timed release of dangerous toxins for protection. Mustard plants times their genetic engines’ synthesis of a dangerous toxin to just before the morning dew dries. This planning is to avoid the oft chance that a dew mildew spore will grow and damage the plant. (See previous post)

But, can plants hear? 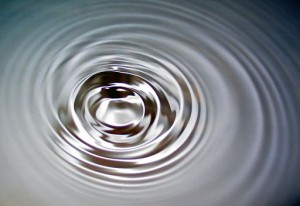 Since we don’t know what sounds plants might listen to or why, it is difficult to study how and what they might hear. Plants would be interested in vibrations of insects, and smaller organisms. 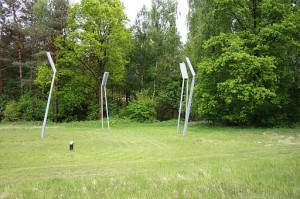 Plants make small sounds when there is disruption of water columns and sap flows. Pine and oak trees have been shown to emit ultrasonic vibrations that change under different conditions. Corn roots grow toward specific frequencies. Ultrasonic sounds appear to be related to collapsing water columns, while another range of sounds relate to stem radius changes.  Pines and oaks used different frequencies in night and day, in cloudy and sunny days, and during drought. 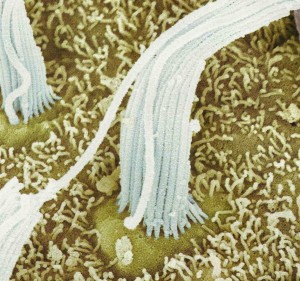 It was recently found in humans that sound and touch sensations use overlapping circuits in the brain, a form of general synesthesia. In fact, they interact to create our perceptions. Sounds alone can create a touch sensation.

Touch occurred first in evolution as a pressure sense, which then evolved into the much more specific pressure sense of hearing the variations of sound waves.

Plants have an advanced sense of touch. It is, therefore, possible that they evolved a sense of hearing 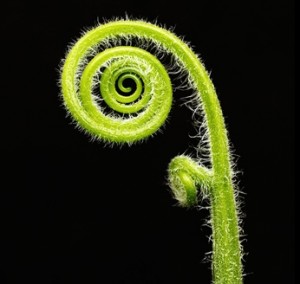 Current research shows a wide range of cognitive processes in plants, including multiple senses, complex communication within the plant, with other plants and with other species. It also shows the ability to plan offensive and defensive maneuvers.

This recent study shows that plants are able to sense other neighboring plants and respond in appropriate ways through a totally undiscovered mechanism.  With light, chemicals, smell and touch ruled out by the experiment, it is possible that these plants have either a sense of hearing or a magnetic sense.