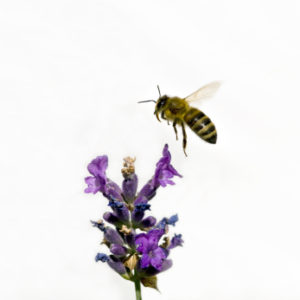 A previous post discussed how bees can behave intelligently.  Their complex waggle language communicates accurate directions, relative to their hives and the angle of the sun as well as the quality of flowers.  In finding the shortest and most efficient paths between flowers, bees also solve the complex mathematical problem known as the “Travelling Salesman Problem”.  Amazingly, bees can also remember route details of journeys up to six miles over several days.

Beeswax is secreted from eight wax-producing glands by female worker bees.  Bees then use it to build hexagonal honeycomb cells that keep honey, pollen, and young bees. Bees can also use it to plug large holes in the hive.

Bees mix their own, secreted oils and oils from plants to make Propolis. Propolis production is fascinating. Bees gather material from the sap of plants and tree buds and mix that material with their own wax. This mixture can include up to fifty different substances, including oils, waxes, and pollen.  Some poplar resins include flavonoids that are antioxidants.  Some of the resins from trees protect the tree from microbes and insects, and heal wounds. Some bees even include human materials in their Propolis such as caulking materials.

Propolis serves many purposes including stabilizing the hive’s structure, avoiding vibration throughout the hive, and defending the hive from invaders.

Since sap from trees are used to protect against microbes, not surprisingly, Propolis has antibiotic properties; it kills fungus and other microbes. Bees seem to know this. When harmful fungi infect bees’ colonies, the bees bring in more Propolis.

However, bringing in more Propolis takes considerable energy away from the usual activities of the hive such as building honeycombs and collecting pollen.  It has been shown that to produce one pound of beeswax, for example, the bees had to fly the equivalent of six times around the earth (150,000 miles) and consume eight times their body weight of honey. Preparing Propolis, while not exactly determined, uses considerable energy as well.

The Doctors Prescription to Medicate the Hive Only for Dangerous Fungus

Surprisingly, the study shows that bees can distinguish dangerous fungi from harmless ones.  That is, the bees only brought more Propolis when dangerous fungus infected their hive.  When harmless spores were placed in the hive, the bees removed the spores but did not spread Propolis.

All this raises questions. First of all, how do bees know that Propolis is a fungal antiobiotic that they will spend so much extra work to bring more into the hive only when there is a dangerous fungus?  How do they differentiate between dangerous and harmless fungus?