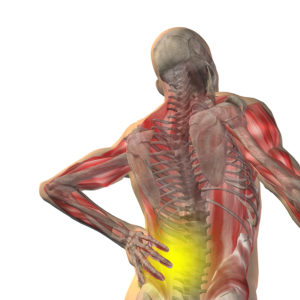 Recent research on pain shows a very surprising result. A new type of neuroplasticity has been discovered where “pain” teaches parts of the brain to experience more pain. Most surprising is that neurons are not involved—but rather brain glial cells, cancer cells, microbes, and immune cells. One recent result shows signals released into cerebral spinal fluid that strengthen synapses in the spinal cord in circuits related to pain. This may be involved in how pain is often experienced in places unrelated to the primary injury.

Neuroplasticity mechanisms related to pain were previously demonstrated spread only slightly from the original synapses. But, these previous neuroplasticity findings have been unable to explain the distant pain after injury and the pain involved in withdrawal from opiod drugs. One tract in the spinal cord (dorsal horn) collects pain signals from all over. Injuries produce ATP energy molecules which stimulate astrocytes and microglia to send signals that travel widely—spreading the pain information.

If you feel overwhelmed by chronic pain, it’s important to remember that there are ways to treat and manage it on a daily basis to make your life more straightforward. Consequently, if you’re living in Canada and looking for ways to ease your pain, you might want to search for a Physiotherapy Ottawa clinic that can provide treatments to relieve your symptoms and help you to restore your strength and movement.

Acute and Chronic Inflammation and Pain 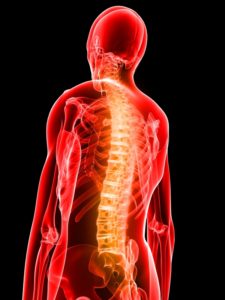 This post reviews new information about how non neuron cells are involved in pain circuits. This involves several different lines of research.

A previous post showed that neurons are involved in producing all of the symptoms and signs of inflammation—redness, heat, swelling, pain, and loss of function. This has been called neuroinflammation and these processes can be used by the neurons for neuroplasticity or strengthening or building new circuits.

Acute nflammation is used to protect the body from microbes and repair damage. It includes actions from immune cells, blood vessels (capillaries), and neurons that produce many signals. Acute pain (nonciceptive) is caused by signals triggering sensory neurons nearby in the skin, muscles, and joints. 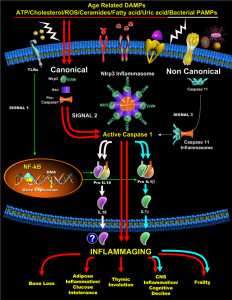 Previous posts have described how special immune cells tamp down the inflammation process when it is done using special signals (pro resolution mediators or SPMs) that are produced from omega-3 unsaturated fatty acids (SCFAs) and other mechanisms. Some of these molecules, such as resolvins, trigger receptors on neurons to stop producing pain.

Neuro inflammation occurs in the brain and the periphery from many causes including microbe infections, toxins, destruction of cells by autoimmunity, trauma, and degenerative brain diseases. Blood cells invade the areas involved and glial cells and blood cells produce many signals that increase inflammation. Vessels cooperate by allowing in more blood and immune cells. Neuro inflammation is the type of inflammation that is significant in chronic pain syndromes such as fibromyalgia. While chronic pain is renowned for being difficult to deal with, those who invest in substances like bulk kratom often find that this makes it much easier to cope with. If you have never heard about kratom before, you might be interested to do some research into how people are using this plant extract to manage their pain. There are a wide variety of websites where you can find kratom capsules for sale and increase your knowledge about this natural remedy, so make sure to take a look if this sounds like something that could be of use to you. 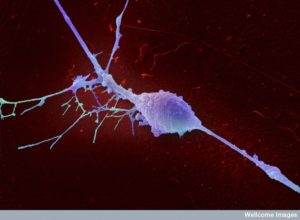 Neurons and immune signals reciprocate. Pain neurons are stimulated by the immune signals and also produce their own signals that are involved. These neurons can release Subtance P (SP) and calcitonin gene-related peptide (CGRP) causing more blood fluid and cells into the tissues (CGRP in the trigeminal nerves has been recently found to be very significant in migraines). Stopping sensory pain neurons in the lungs decreases lung inflammation. Another study showed that cutting neurons stopped pain in microbe infections, but increased inflammation because of the CGRP signal. The pain circuits in the brain are involved in regulating inflammation in brain diseases like Alzheimer’s as well as chronic pain.

Many kinds of cells other than neurons in many part of the body influence pain. What is surprising is that they all act in similar ways. After an injury, cells that are not neurons produce signals near the pain neurons and these signals increase and decrease the pain experience. 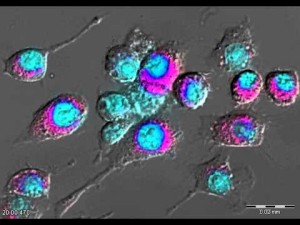 These immune cells eat debris, bring antigens to T cells, and produce signals. The cytokine signal tumor necrosis factor (TNF) and interleukin-1b (IL-1b) from these cells increases pain. They appear to behave differently with different kinds of inflammation. After chemotherapy, they enter neurons causing pain by producing reactive oxygen molecules. They don’t enter the spinal cord. They can also decrease pain with IL-10 and SPMs helping to stop the inflammation. 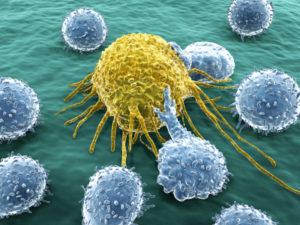 A very unusual recent finding showed that nerve damage caused chronic pain via T cells only in female mice. In males, there was a different mechanism involving microglia. 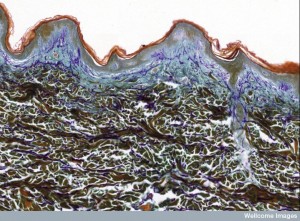 The master lining cells in skin are called keratinocytes and are near the local nerves. Keratinocytes produce many signals that affect the neurons causing pain—prostaglandin E2, IL-1b, ATP, and nerve growth factor (NGF). Keratinocytes use different signals for different situations. One example is sunburn, where first neurons signal enjoyment and then later pain. The enjoyment comes from an opioid signal (b-endorphin), which stops the pain and produces pleasure. Once there is inflammation, they release endothelin producing pain in the local neurons. 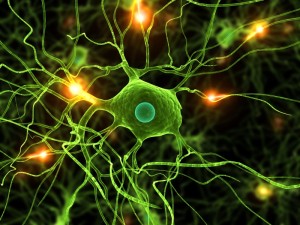 Microglia not only cause chronic pain, but continue it. They may be involved in the memory for pain that develops. They are involved in opiods causing increased pain (hyperalgesia) by affecting ions on neurons. In rats, morphine increases neuropathic pain; inhibiting microglia reduces this effect. It is not yet known whether they are involved in stopping pain. 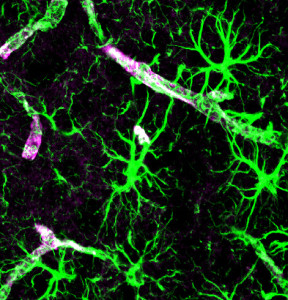 Among the many neuron related functions of astrocytes (see post), pain causes many changes. After neuron injury, astrocytes cannot maintain potassium ions on the outside of the neuron (vital for electrical signal). They also lose ability to control glutamate. Both of these cause abnormal neuronal activation. Astrocytes signal to neurons through electrical synapses (gap junctions). This alters signals from astrocytes increasing glutamate, ATP, and cytokines. These alter the pain circuits for more pain. Neurons signal to astrocytes to produce and maintain the chronic pain. Signals go back and forth and both increase the pain.

A central change occurs also where astrocytes in the spinal cord and cortex form new circuits that rewire the sensory cortex, creating more complex pain circuits. What is not commonly understood is that one astrocyte can influence as many as a million neuronal synapses. The astrocyte effects maintain the chronic pain. 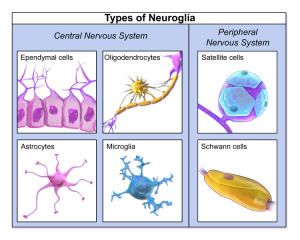 Schwann cells and satellite cells are glia for peripheral neurons. These have both been found to influence pain. After a nerve is damaged, Schwann cells help break down the blood brain barrier through signals. This occurs by MMP-9 signals calling for immune cells. Satellite cells affect the DRG neurons in the spinal cord pain centers. They produce cytokine immune signals causing sensitization. 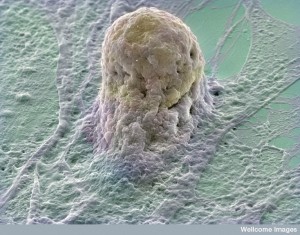 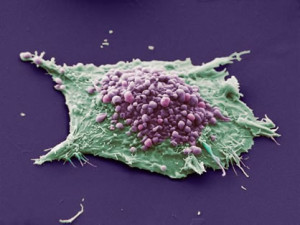 There are many factors related to pain caused by cancer. This can include different kinds of inflammation, damage of nerves, breaking blood vessels, and compressing tissues causing damage. Cancers form metastasis in bone that causes pain by breaking into neurons. Cancer cells also produce molecules that stimulate pain such as enzymes, prostaglandins and others. These chemicals sensitize sensory pain neurons. Two signals especially increase pain sensitivity—neurotrophic growth factor (NGF) and vascular endothelial growth factor (VEGF). Even though VEGF usually works with blood vessels, it has a different mechanism for pain by stimulating a receptor on pain nerves.

Some cancers secrete TGF-b to make more blood vessels and defeat immune cells. They also increase the cancers reproduction, travel and metastasis. But, a slight variation of this signal TGF-b1 causes pain in bone cancers. This signal can have opposite effects. Microglia play a role in bone cancer pain by increasing it and maintaining it. Microglia in the spinal cord are stimulated by ATP from the cancer cells. By hitting a particular receptor on microglia the cytokine IL-18 increasing pain. By counteracting this microglia effect bone cancer pain is reduced. 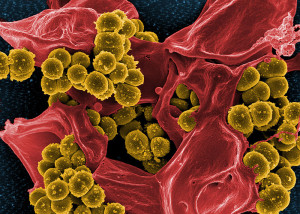 Microbe infections can cause pain—bacteria, viruses, and fungus. It was thought they did this by influencing immune cells. Now, it has been found that bacteria directly affect pain nociceptive sensory neurons and cause pain.

Examples of bacteria causing pain unrelated to immune cells include: 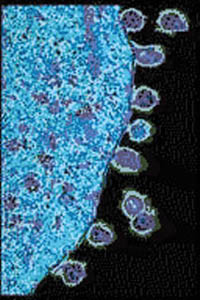 Some bacteria do the opposite and do not cause pain, for example forming skin ulcers with no pain. This occurs by direct action of the bacteria signals such as mycolactone, which alters ion channel receptors on pain sensory neurons.

Virus infections cause pain such as sore throat and shingles. These viruses stimulate Toll-like receptors (TLRs) on pain neurons.

TLRs appear to have a central role in many mechanisms whereby immune and glial cells cause pain, as well as viruses. They are stimulated by many immune pathways and are part of major interactions between neurons and immune cells. Tissue injury stimulates TLRs 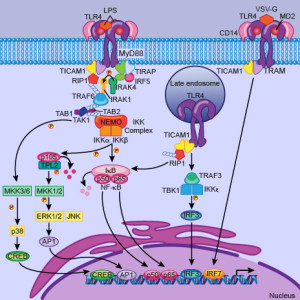 TLR4 receptors in astrocytes and microglia trigger inflammation and nerve pain, hypersensitivity to opiods (hyperalgesia). These trigger specific cytokines TNF-a and IL-1b, which stimulate pain neurons in the spinal cord. DRG neurons and trigeminal nerves also have TLRs. LPS molecules in the membranes of microbes stimulates TLRs to cause pain. TLR7 causes immediate nerve pain through a microRNA mechanism. TLR5 affects touch sensory neurons and is stimulated by proteins from flagella of microbes. Once TLRs cause acute pain, further signals can stimulate chronic pain.

In one unusual findings a new type of receptor has been found called “danger” receptors. Danger molecules (DAMP) come from trauma and other problems in tissues. TLRs pick up these signals so that sensory neurons not only pick up itch, touch, hot, cold, and pain, but “danger” signals from microbes and cancers. This “danger” signal causes immune signals and can lead to autoimmune problems. (see post on TLRs).

Pain from Cells that Aren’t Neurons 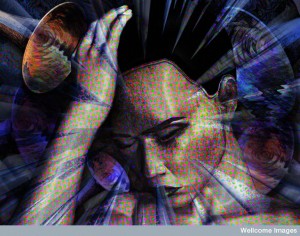 Chronic pain affects 30% of the population and is increasing. This includes cancer pain, nerve damage, and inflammation, virus infections, trauma and surgery. It is disturbing that both opiods and chemotherapy can increase pain. Recent evidence shows complex mechanisms with skin cells, immune cells, cancer cells, and stem cells as well as neurons causing this chronic pain, often by producing chemicals. All of these cells including neurons can modify the pain.

It is the elaborate back and forth signaling among this larger group of cells that appears to cause many kinds of pain. Special receptors not only respond to “danger” signals from tissue damage but also are vital in the communication among neurons and with non-neuron cells. Many of these pathways will be part of the future treatments for pain.