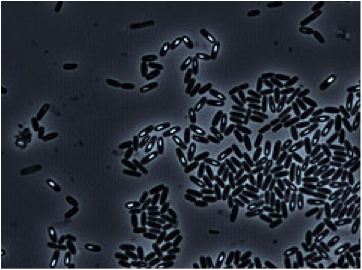 The increasing evidence for group behavior at every level of nature has begun to influence evolution theory.  Bacteria and other unicellular creatures have surprising ability to communicate, plan, and engineer, as shown in previous posts on social microbes.  If these abilities represent a form of consciousness or intelligence, then this sentience could have affected evolutionary outcomes. Whether cells have a semblance of mentality or not, it is apparent that we must at least consider the social—and possibly altruistic—behavior of many organisms.

One popular explanation for how social relationships between organisms affect evolution is called group selection. This is where natural selection works on groups rather than on individuals or individual genes. This theory attempts mathematical descriptions of reproduction based upon the different styles of cooperation or lack of cooperation. It is controversial and incomplete because it does not assume any sentience among animals. 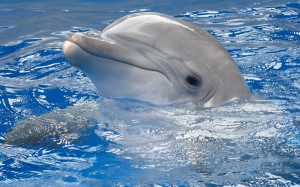 It is difficult to imagine that the social behaviors we see everywhere could occur without some form of mental ability. Cultural evolution is the study of how human societies have changed over time through learned behavior and social interaction. These changes depend on humans having mental capability. Recent research shows increasing evidence of culture in some animal behavior as well, including whales, dolphins, primates and others.

This tendency goes back even further. 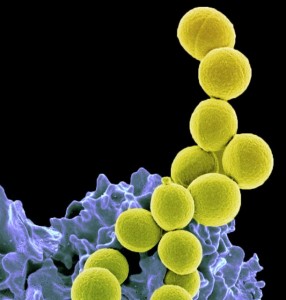 At least three billion years ago, cells began having social “relations” that greatly affected evolution. At that time, cells learned that they could combine together through a symbiotic process to form a more efficient organism.  Certain small cells had already learned how to use light energy to make organic carbon material—a process we know as photosynthesis.  These small cells were absorbed into larger cells as current-day chloroplasts, and these larger cells eventually became current-day plants and algae.

Another important example of this process occurred two billion years ago with the formation of our own nucleated eukaryote cell, a large complex cell with a nucleus and other organelles that eventually evolved into animals and human beings.  At that time, a very small cell with a talent for energy production learned to live in a much larger cell.  The small energy-producing cell benefited from the larger cell’s facilities and its food, which allowed the small cell to focus on producing energy by creating high-energy particles that the larger cell could use. The small cell is known 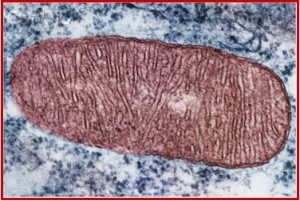 as our current mitochondrion, which still has some of its own DNA after more than a billion years of evolution. Though the present-day mitochondrion reproduces by itself inside of our cells, most of its other housekeeping functions have  been gradually turned over to the larger cell where the DNA is housed in the nucleus, not in the mitochondrion. Both cells found that life together was mutually beneficial and this community of cells became our current, very complex eukaryote cell. 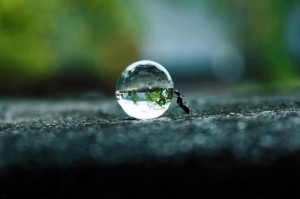 similar cells and combined to become multicellular creatures.  Eventually, these permanent societies of cells formed animals and human beings. Highly intelligent societies now include millions of insects such as ants and termites.  Many societies of microbes combine with trillions of cells in the human body.   If it is possible that single cells today show mental capabilities, then it is possible that cells a billion years ago had similar capabilities.  The question is whether this sentience in cells and other organisms existed and affected evolution at every stage — throughout the development of societies of insects and mammals and now humans?