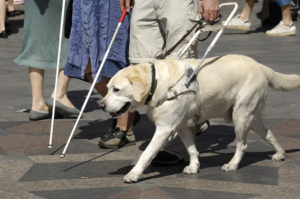 Dogs and humans have lived together for up to 30,000 years and know each other very well. Their vocalizations are, therefore, familiar to each other. They are also, both familiar with the same sounds in their shared environment. Dogs know when we are upset and when we are ready to play. It is, therefore, not completely surprising that a dog brain center processes emotions of human voice. What is interesting is that it is the same brain center in both humans and dogs.

A recent study conducted by Attila Andics of Hungary’s Eötvös Loránd University showed that both dogs and humans are sensitive to the same emotional sounds in a similar brain region—the non primary auditory region in the most anterior region near the temporal pole (Brodmann area 38). This study was based on teaching 11 dogs to accept lying in an MRI scanner, where they listened to 200 different sounds that dogs and humans make. These included words, but also emotional sounds like whining, laughing, crying and barks. Twenty-two humans also heard the exact same 200 sounds. 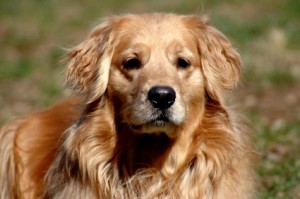 What was surprising is that both dogs and humans used a similar brain region for understanding the emotional content of spoken sounds. The human center had been discovered in 2000. It is known that dogs can understand 100s of human words, but not clear how. In this study, both dogs and humans had certain sounds that created more reaction, such as happy sounds or sounds of baby’s giggling. Other sounds elicited subdued reactions in both. This made clear that dogs understand the emotional meaning in human sounds.

Dogs and humans use similar parameters to tell emotions. A short “ha, ha” is happy but a longer “haaaaa” becomes a whine or other emotion. The major differences were in the stronger reaction dogs have to environmental sounds such as cars. This is understandable since humans know more about the basis of these sounds, and the humans were not listening for emotional meaning in a car engine.

Dogs and humans separated in evolution about 100 million years ago. So, the question arises whether this vocal center existed before then and was carried into both. However, humans and dogs have had 30,000 years to develop similar centers. Is this neuroplasticity at work?

A previous post described that different animals have completely different sensory and motor capabilities and therefore different experiences. This is true of dogs and humans.

It has always been assumed that animal brains could be compared to the structures of human brains. For example, lizards were assumed to have brains related to the “reptilian” regions of the human brain and therefore had less social capacity. 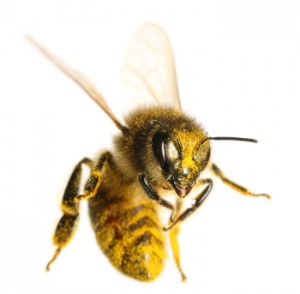 Perhaps most amazing is the tiny brain of bees, allowing for capacities in some ways more advanced than humans with a tiny brain with different structures. Bees have kaleidoscopic visual memory for five miles of scenes. They use symbolic language, abstract concepts and understand complex travelling routes with qualities of locations and individual flowers. They have unique senses using electricity to identify specific flowers. They can distinguish dangerous fungus and bring appropriate medication to the hive. The honeycomb, the most efficient and strongest way to store honey conceived by human engineers, is a masterpiece of engineering.

The advanced capacities of dogs (already known to dog owners) are proven by the behavior of service dogs, who take responsibility for people and show creativity and inventiveness in their protection of humans. Now, we know that the dog’s brain has specific understanding of the emotional vocalizations of humans. Those of us with close relations with dogs have known this for many years.