Not all microbes behave the same.  Although they can perform as a group and communicate, each individual microbe responds to stimuli a little differently and is able to act as an individual.  Previous posts have noted the unusual behavior of individual microbes to make decisions, communicate and participate in groups, even to the extent of behaving as a 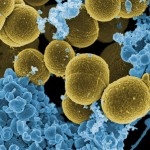 multicellular organism or a city. Microbes appear to be individuals who can vote on group activity.

Similarly, neurons appear to behave as individuals.  Recent studies suggest that seemingly identical neurons given identical stimuli will respond in different ways and at different speeds.  Some think that cellular diversity is critical to the brain function as a whole, since, like bees choosing a new hive, neurons seem to “vote” on what will occur.

In a computer each chip must behave exactly the same as other chips. On the other hand, neurons all behave differently. It is noted that some groups of neurons fire twice as often, for the same stimulus.

In fact, each dendrite of a neuron acts independently.  That is, dendrites respond differently and with different timing to identical stimuli.  It is as if dendrites function by themselves, much the way the autonomic nervous system (used in, say, digestion) functions independently of the central brain in the human being, but is connected. 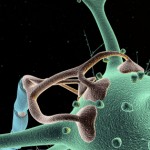 Recent studies have shown that decision-making at synapses is extremely complex with a very large number of variables.  It used to be thought that the decisions were linear with a simple summation of positive and negative inputs, and then a signal if there are more positives than negatives.  This is not the case. 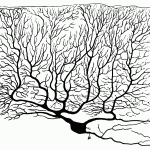 Most recently it has been noted that in the determination of how neurons make a decision to fire, there are at least ten different factors that are non linear that play into the decision.  These include position-based factors, such as how close dendrites are to each other and the types of clusters.  A second is the timing of the different incoming signals which can be intermittent or timed pulsations. There are factors of signal strengths versus background noise, as well as many chemical factors based upon the multiple chemical channels at many different places along the axon, and dendrites.

To further confuse this question two individual neurons can fire differently in the same circumstances.  For example, it was found that different responses occurred to the same stimuli, such as the same memory at two different closely related moments.

The reason might be because neurons have vast connections with thousands of other cells.  At a given millisecond an individual neuron is interacting with a particular subset of their existing connections to a large group of neurons.  Then, a moment later through another subset of these same large number of connections, a different group are interacting. 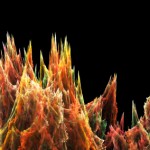 A further complication (noted in a previous post Neuronal Connections and the Mind) is that neurons also communicate by synchronous electromagnetic waves, electrical junctions and even photons. One study showed that electrical junctions could passively connect a number of interneurons (interneurons are neurons that inhibit a group of stimulatory cells) by having one inhibitory interneuron fire and then passively sending this electrical to many other neurons that also fire amplifying the effect.

The large number of types of neurons, synapses, and placements of dendrites and axons create great differences in complexity in determining the basis for the decisions of the individual neuron to fire. 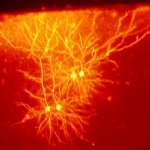 There is increasing evidence of individual neuronal behavior. In studies of individual neurons in the visual and motor systems of the brain, certain cells “waited” until the visual information was clear.  During this wait, they suppressed action in the motor area.  Neurons voted between random distractions coming from a variety of other neurons and the item that needed a response.  The cell waited until it had enough information before releasing any signal to act.  During this process, the cell rejected votes from distracting neurons and accepted more visual information about the object. Ultimately, this vote created a response and an action.

Our experience of sleep seems to be based upon another neuronal vote.  Individual neurons are now noted to sleep themselves.  Measurable patterns of sleep can occur in regions of the brain with EEG slow waves when 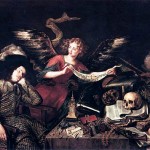 enough neurons have noted by going to sleep.  Studies seem to imply that individual neurons are either awake or asleep. When awake neurons are actively working on a decision whether to make an electrical spike.  In this state there is less synchronous action with other neurons, instead rather a lot of individual actions.   In sleep the larger waves that are measurable by EEG are an oscillation based upon the number of neurons that are awake or asleep.

Bees, Neurons, and Other Social Groups 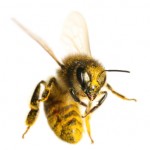 In a previous post, the “waggle dance” voting process among bees was described.  In a new study (Science) scientists found that an important aspect of bee voting involves stop signals, which are a short buzz and a head butt to a waggle dancing bee. The representative of one site gave the head butt stop signal to another bee dancing in favor of another site.  Previously it was thought that bee’s head butts helped communicate danger. In this recent research, the inhibitory signals from scout bees moved the voting process along and makes certain that a decision is made rather than a long series of dances that had no solution. This process was critical when the hive had two choices left.  When the bees near a decision, the bees start a buzz called the piping signal.  Then, they use the stop signal to stop all dancing and begin moving to a new hive.

This observation is also similar to the (familiar) brain processes of excitatory and inhibitory neurons.  The inhibitory process in the brain helps interneurons, which connect to a group of neurons, suppress alternatives and choose one direction.  In the neuronal process, decisions are also based on a buildup of evidence, and a threshold required in choosing a signal.

Democracy at Many Levels 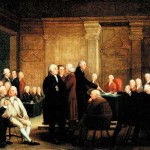 Voting processes occurs at many levels.  Humans vote.  Other posts discuss voting in insects, and in microbe quorum sensing.  Now, there is great evidence for neuronal voting in the brain.

Here we see not only voting amongst neurons to make decisions, but voting in the different dendrites of a neuron to make that neuron fire.  Does this mean that a neuron, like a microbe, can be considered an individual? 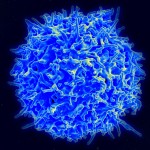 Much of the current analysis of cells relates to their organelles and their molecular structure.  But, the real unit of life is the cell, and previous posts have given evidence that cells have a form of sentience.  Thinking of cells as individuals, who are the basis of all of life, is a paradigm shift that could lead to further valuable research.