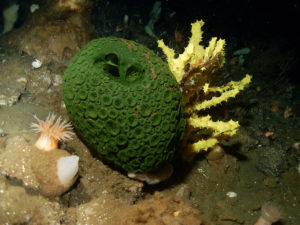 Despite having most of the genetic machinery to make neurons, synapses and brains, neither yeast nor sponges use these complex molecules for brains. Instead of using these genes all at once to make a synapse, they use each gene for other purposes one at a time.  But, it raises an important question as to why these creatures have all of the capacities needed to make a brain.

As well as the unused capacity to make neurons, synapses and brains, microbes now appear to also have oscillations that might be a precursor of brain oscillations.  This post will discuss first unused synapse machinery and then microbe oscillations.

The Evolution of the neuron

The existence of the molecular machinery for synapses in unicellular eukaryote yeast cells before the advent of the neurons and synapses is a challenge to current theories of brain evolution.  This accumulation of a large amount of genes that could be used to make a synapse has been called a protosynapse, analogous to proto-consciousness also seen in unicellular creatures.  The synapse first appeared in evolution approximately 700 million years ago, with the first circuits of neurons soon after.  But, the proto-synapse occurred over a billion years ago in microbes. 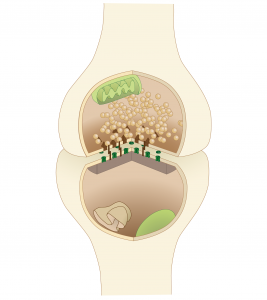 Strangely, some microbe cells before the advent of neurons had most of the very large complex molecules to make a synapse.  As has been discussed in previous posts, the synapse is extremely complicated with thousands of interlocking molecules in both connecting neurons and in the space between.  The postsynaptic density in the receiving neuron alone has thousands of complex proteins.  Why these would exist in cells without a brain is not clear.

A recent study showed that much of the chemistry needed for a brain also exists in a sponge, which doesn’t have a nervous system. All the same genes necessary to turn cells into neurons with synapses exist in this sponge.  The various genes related to the brain appear to be turning on and off separately in the sponge and not working together in order to form a synapse.

A recent finding also shows that sponges, with no neurons or brains, have the set of genes that stimulate the precursor cells to develop into neurons in more complex creatures.  In fact taking these genes from sponges and placing them into frog embryos and fly larvae created more brain cells.  Sponges also have a variety of proteins that are used in the receiving side of synapse.  Sponges have almost all of the chemical components of a brain, and have complex behavior, but their reflexes are noted to be slower than other organisms that have already developed neurons.

A question arises whether primitive creatures like sponges with the machinery but no brain, are possibly the remnant of a previous organism that did have a brain, rather than the precursor of the jellyfish, which does have brain.

But, whether current day sponges arose before or after a creature with a brain, cells did exist in evolution that had the great majority of the genes and machinery of a neuron without creating any neurons and brains. Why did these cells develop all of this complex machinery before using it?

The Evolution of Brain Waves: Brain like machinery before brains

Recently another critical aspect of nervous systems, oscillations, has been found in microbes.  Is this yet another example of the existence of brain like machinery in cells before there were any neurons or brains?

What is an Oscillation? 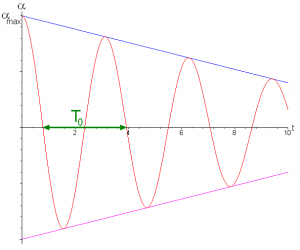 Oscillations occur when there is interplay of two forces, such as stimulation and inhabitation.  They occur throughout nature with examples including the common AC electricity (alternating current used in every household), pendulums and vibrations of musical instruments. Oscillations can also occur within individual neurons.  An important example is the way neurons send electrical impulses down the neuron with alternating flow of ions of potassium and sodium.  Calcium has its own set of oscillations in the neuron.  Individual neurons can also oscillate by rhythmic electrical signals travelling down the axon wire.

Oscillations can also occur between cells in the brain. Groups of interacting neurons stimulate and inhibit each other forming electrical oscillations that can be measured by EEG.  One well-known oscillation is in the circuits connecting the thalamus and the cortex during sleep. 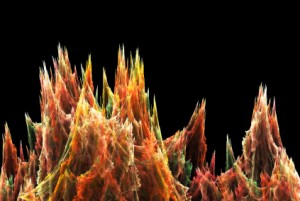 One of the leading theories of how the brain creates a unified experience of consciousness is the synchronization of electric brain oscillations. The biggest challenge to this theory is the mechanism whereby disparate parts of the brain share data to create a unified awareness (see post Brain Oscillations.) For example the shape, color, texture, and sound integrate to create a unified perception of one object.  A synchronized oscillation from different parts of the brain is a possible way to connect these different regions.

Two recent findings support this theory.  In the fly brain, a specific neuron clearly shown to be related to memory, was in a different brain region that the genetic and molecular requisites for stabilization of that memory.  In other words, research strongly suggests these two distant regions must communicate to form a simple memory.  The other finding showed that in monkeys synchronous theta waves connected two distant brain regions, the visual center and a visual memory center. 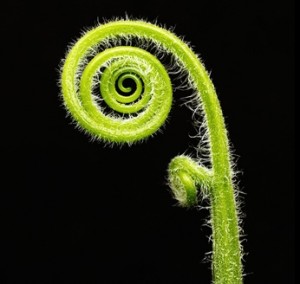 In previous posts, it was noted that many animals have surprisingly advanced cognitive processes.  Even plants can communicate and defend themselves; both hint at an underlying cognitive process.

However, the most shocking results are those of microbes. Unicellular microbes have demonstrated decision-making, communication, and group behavior. Microbes, since they show many capacities that we would only expect to find in neurons, could have been the evolutionary precursors of the neuron.

Based on this, it is not surprising that the latest studies show oscillations in microbes, too. These oscillations are critical in defining the exact point of replication, circadian functioning, and other important metabolic functions.

One dramatic example of an oscillation occurs in photosynthesis and nitrogen fixation in cyanobacteria. The processes, which produce breathable oxygen and biochemically usable nitrogen, are critical to the earth’s lifecycle.  However, the enzyme that fixes the nitrogen (converting it to ammonia) cannot function exposed to oxygen.  By delegating photosynthesis to the day and nitrogen fixation to the night, cyanobacteria have solved this problem.  They produce this oscillation through a circadian cycle of gene expression. 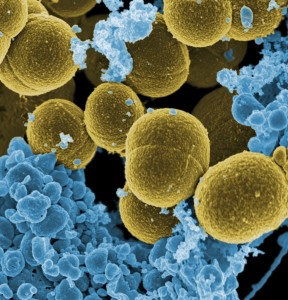 needs of different functions through 24-hour period.  The oscillation itself is formed by four interacting proteins that form a feedback loop that forms two states of high and low activity.  At different points in the oscillation different genes are triggered to manufacture specific proteins.

Another type of temporal oscillation is called the cell cycle oscillator, which directs the correct order of molecules involved in cell division.  This cycle directs the accumulation and clearance of molecules during the division process.  It also changes gene expression in different parts of the cycle.

The other major type of oscillator, a spatial oscillator, involves a moving protein.  The spatial oscillators influence three most important cellular functions: where to start cell division, where DNA is housed, and cellular polarity (which, as in cilia, allows the cell to have special functions in one part of the cell). 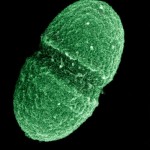 Since a microbe (possibly) became a neuron about 600 million years ago, cognitive abilities have vastly improved. We’ve moved from a microbe to a neuron to the massive collections of neurons called brains.  It appears that much of the chemical structure that formed brains, and some of the processes that drive brain oscillations existed in microbes before neurons and brains.